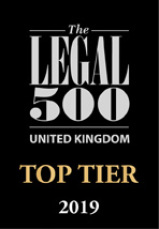 Independent research amongst clients, the wider business comunity and the legal profession has confirmed once again that e3employment law LLP is one of the very best employment law law specialists in its area of expertise. 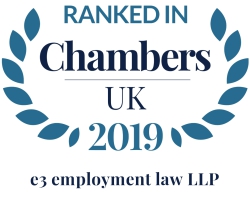 Nick Jones, Dan Bickerstaffe and Simon Ost have each also been recognised as leading individual lawyers in their area. Read more 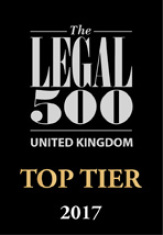 e3employment law LLP has retained its place in the top tier of employment law specialist after another year of research by respected independent legal directory, Legal 500.

Partners, Nick Jones, Simon Ost and Dan Bickerstaffe have each individually been identified as one of the small number of employment lawyers listed as the elite leading individuals in their area [read more].

More elite "leading lawyers" than any other employment team in NW 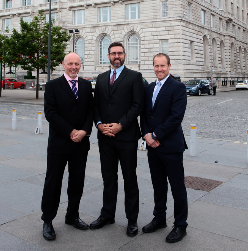 e3employment law LLP has the honour of having more individuals listed as elite leading employment lawyers in their region than any other law firm.

Partners, Nick Jones, Simon Ost and Dan Bickerstaffe have each individually been identified as one of the small number of employment lawyers listed as the elite leading individuals in their area (read more). 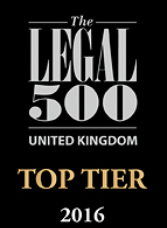 e3 has been recognised as being in the very top tier of employment specialists by the highly respected independent directory, Legal 500.

Not only that but the parners at e3 have been singled out for praise. 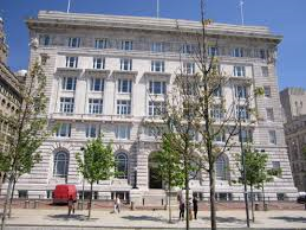 e3's new office is situated in the prestigious Cunard Building, the centre building of the "three Graces" on the iconic Liverpool Waterfront. 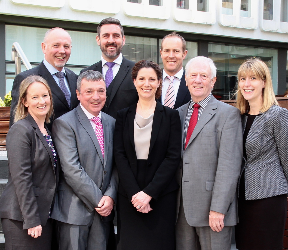 e3employment law LLP is committed to maintaining its availability and quality of service to all of its valued clients.

The successful attraction of various new blue chip clients means that e3 has identified and recruited additional experienced lawyers and employee relations specialists to join the team to ensure that it maintains the quality of service for which it is renowned.

In 2016 Jeff Neild and Emma Patterson have joined the e3 team bring the team up to 8 (read more).

e3 continues to be ranked as a leading employment law team 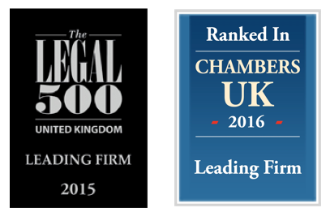 The two respected independent legal directories, "The Legal 500" and "Chambers  Partners", have completed their independent research for 2015 and 2016 respectively.

The result is that e3employment law LLP continues to be ranked as one of the leading specialists in its area.

e3 raises funds for 'Save the Children' 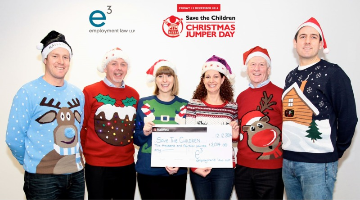 e3employment law LLP is known for its rejection of lavish corporate hospitality in favour of charitable activities.

After last year's 5k 'Santa Dash' in favour of the Christie Hopsital (read more) ... this year the e3 team participated in 'Wear your Christmas Jumper' to support Save the Children's Christmas Appeal. (read more) 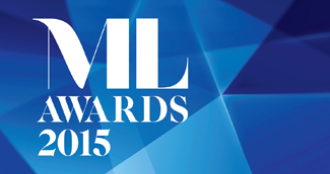 e3employment law LLP is delighted to have been shortlised for Law Firm of the Year - Small.  On the back of being ranked as one of the leading employment specialist teams by Legal 500 (read more) and Chambers & Partners (read more), this shortlisting represents further independent evidence of e3's reputation within the legal market (read more).

The Liverpool Daily Post joins the growing list of market commentators and business media outlets that have noted the rise of e3 to join the legal elite.

Respected independent directory, Legal 500, has concluded that e3 is one of the leading law firms for the provision of employment law advice and support (read more).

Recently the Partners of e3 took part in the South Manchester Triathlon to raise funds for Alder Hey Children's Charity. To find out how they got on (and see the pictures!) click here.

It seems that e3 is at the forefront of a growing trend for discerning business to move away from larger full service legal providers and to choose smaller niche law firms for their extra specialism and greater cost efficiency. Read more

Respected independent legal directory, Chambers & Partners, has recognised e3 as one of the very best law firms in its area.  Read more

e3employment law LLP is a law firm that makes a difference whether its when acting professionally or as part of its aim to contribute to the communities that we live and work within. In keeping with this ethos, this year e3 organised a Christmas hospitality event with a twist. To find out what we did (and why you weren't invited) click here.

e3 partners Simon Ost and Dan Bickerstaffe have once again been identified and recognised as leading employment lawyers in their area by independent directory Legal 500.

Dan Bickerstaffe has had the honour of being listed as one of the leading lawyers in the northwest across any discipline. Read more.