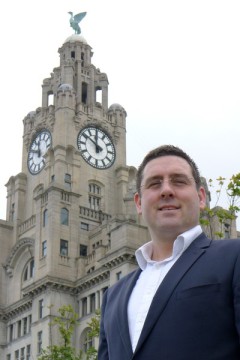 Simon's ability and his performance meant that he was fast tracked to partnership at just 4 years pqe in 2005 (something that is almost unheard of within that level of law firm). Since then Simon's career has continued to flourish. Simon's work on two specific major projects was central to his then team twice being shortlisted for the UK's 'Employment Team of the Year' in the annual Lawyer Awards.

Simon covers the full range of employment issues and has acted for some of the world's largest corporate names who trust him to advise on their key projects and most sensitive issues. He is equally comfortable providing strategic advice to board members, providing highly technical advice to inhouse counsel, or when assisting operational managers on effective risk management of the issues within their business area. Simon has worked with numerous blue chip organisations across a wide variety of sectors; chemicals, FMCG, aviation, and manufacturing to name just a few. ﻿

Simon also has a particular (and relatively unusual) specialism in advising on industrial relations law. As a result of this Simon has been instructed in relation to several of the UK's highest profile industrial disputes of the last decade.

Simon is an unusually enjoyable public speaker. He is frequently asked to speak at employment/HR related events for organisations such as the CIPD, the Chemical Industries Association, Chemicals NorthWest, Legal Island and the Academy of Social Sciences. His expertise is such that he regularly provides expert comment, technical briefing and informed opinion pieces to both mainstream and trade media including the Financial Times, The Economist, Personnel Today and Employers' Law.﻿

Simon is the co-author of the UK section of "International Employment Law" published by Juris, which is a comprehensive reference book for employment lawyers around the world.